I am honored to announce these endorsements as I run to continue my role as RNC:

I am proud to endorse my good friend Kathy Berden for Republican National Committeewoman.

Kathy Berden has proven herself to be a great Commiteewoman whose leadership continues to unite our Michigan Republican Party. Her record clearly demonstrates she can work with all Republicans who represent our conservative values across Michigan.

Future generations will look to Kathy as a role model to strengthen our party at every level. Kathy’s honestly and integrity make her an ideal candidate for this important position.

My fellow members of Kathy’s home congressional district (district 10) and I take great pride in Kathy’s unwavering record of support for the national republican platform and American Constitution.

I am pleased to offer Kathy Berden my personal endorsement! This is the second time I’ve had the honor of endorsing Kathy for RNC National Committeewoman. During her first term, she went above and beyond as an ambassador for Michigan Republicans across the state and has represented us with principled integrity at the RNC.
On a personal note, my first endorsement of Kathy was premised on her commitment to be a bridge builder within the party – in this she has been outstanding. I heartily endorse her continued work as RNC.

“It is vital that our Republican National Committee members not only represent the values of our party, but constantly vote to protect the proper role and voices of its precinct delegates. Kathy has committed herself to both upholding our values, and to vote against any attempt to centralized power within the party. It is for these reasons I support her re-election.”
For Liberty,

I am pleased to offer my support to my good friend, Kathy Berden for the position of Republican National Committee woman for the State of Michigan. Kathy has been a friend and supporter for many years, but my support for her is based on more than that. Kathy has served as the Chairwoman for the Sanilac County Republican Party, on the 10th district Executive Board, the MI Republican State Committee, and an alternate delegate to the 2012 Republican National Convention. One is not rewarded with these leadership roles without being a leader–and Kathy is just that–a leader. She is a leader who has worked hard at the grassroots level, rolled up her sleeves when others wouldn’t. And she had led with grace, dignity and infallible optimism. Kathy will represent us well, and I urge the members of the MI Rep State Committee support this conservative leader.

I am so proud to support Kathy Berden as she seeks to become our National Committeewoman. Kathy is a true grassroots leader of our Party. In her time as the Chair of the Sanilac County Republican Party and now serving her third term as a State Committee Member, she has transformed our party by tripling its membership and growing its fundraising efforts. Through her leadership, the Sanilac County Republican Party has donated thousands of dollars to candidates across the State.

In addition to serving our local community, Kathy has worked to elect strong Republicans at all levels. She has served as the County Chair for Lt. Governor Brian Calley, Attorney General Bill Schuette, and Secretary of State Ruth Johnson. Kathy also served as County Chair for Mitt Romney`s 2012 presidential campaign. Her ability to energize and motivate the grassroots of the party has made her invaluable when recruiting precinct delegates and volunteers. 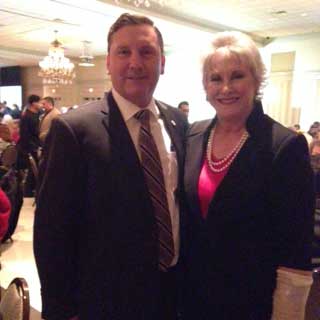 It is my distinct pleasure to recommend Kathleen Offner Berden to the National Republican Committee.

Our national committee needs a strong leader from Michigan who will help to define and defend the conservative principles we cherish. Kathy Berden is that leader.

In Kathy’s two terms as chair of the Sanilac County Republican Party, she has demonstrated the ability to build a strong Republican base and the commitment necessary to represent the party on the national level. She has been selected to the state committee three times, chaired the county party through many successful campaigns, and worked to keep Sanilac County as solid Republican territory.

I am proud to endorse Kathy Berden as the next Republican National Committeewoman from Michigan, and I hope you will join me.

I am writing today to make a recommendation for Kathleen Berden who is a constituent and long-time professional friend.  Kathy is seeking the position of Republican National Committeewoman.

Kathy currently is serving her 3rd term on the 10th Congressional District State Committee has attended numerous State Conventions and the National Republican Convention.  A strong passionate supporter of the Republican Party and its principles, Kathy is well known at the State GOP level  for her positive values, ethics and her enthusiasm.

Throughout my long friendship with Kathy, I have found her to be a hard worker, a dedicated leader and a great lady.  I believe that Kathy Berden is the right fit for the RNC Committeewoman position.

If I can be of further assistance, please do not hesitate to call me.

Find me on Social Media